A spoiled and irresponsible civilian boy, Shravan Malhotra and sent to an army school to study discipline, where he met Suman Tiwari, a fully disciplined and enthusiastic military family girl who is the daughter of a friend of Devraj. Both initially dislike each other owing to their distinct histories. Shravan dislikes the inequality between the army and civilian students and the clashes that this sometimes leads to. When they attempt to prove the other’s opinion, false, Suman and Shravan are continuously at odds with each other. Shravan, however, falls in love with Suman despite their regular clashes. He aims to admit to her his affection, but he hesitates.

Drama serial Ek Duje Ke Vaaste 2 is a drama serial of Sony TV Network. Here we will share the complete cast & crew, Release Date, Teasers, and Updates.  Mohit Kumar and Kanika Kapur are well-known faces for all viewers. Everyone knows from their working in the Indian television Industry. Viewers can see actors in many dramas, and now both are working together on the same project.

Produced by Dilip Jha and Archita Jha under the banner of Bindu Moving Images Studio and Next Studios.

The drama will air on Sony TV from Monday to Friday at 10:30 PM. 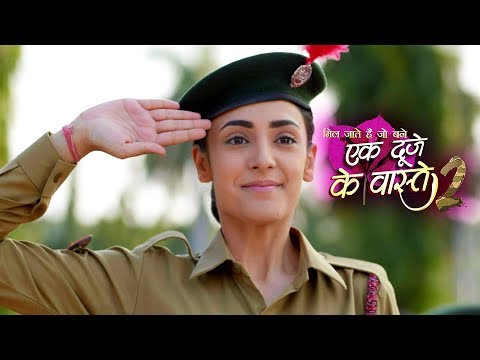