As we know that this year is going to end, and Hum Tv is all set to bring out the latest drama serial “Dulhan” before the end of this year. Hum Tv drama Cast includes Sumbul Iqbal and Sami Khan. Both actors paired up for the latest Hum Tv drama “Dulhan.” Though nothing much revealed for this drama story but the title of this drama highlights the social issue of married life and sacred relationship. Hum Tv Drama Serial is full of romance, excitement, and feeling.

This drama is set to be produced by Momina Duraid Productions and will be air on Hum Tv on 28th September 2020.

Though nothing much revealed about Dulhan’s drama story, the title of this drama highlights the social issues of marriage life and the sacred relationship that a new bride has to go through in our society to make her place in her husband’s home. In the starting episodes of the drama Sami Khan bet with Faizan Khawaja on marriage with Sumbul Iqbal, and Sami khan wins this bet, and after marriage, he left sumbul.

The enthusiastic Sami Khan and singing sensation Zaib Bangash will be sharing the screen with Sumbul Iqbal during this project. Moreover, the drama also stars Mashal Khan, Hina shahid, and Nida Mumtaz in significant roles.

The drama will be air on every Monday at 8 pm.

How was the 2nd episode of #dulhan feedback ? 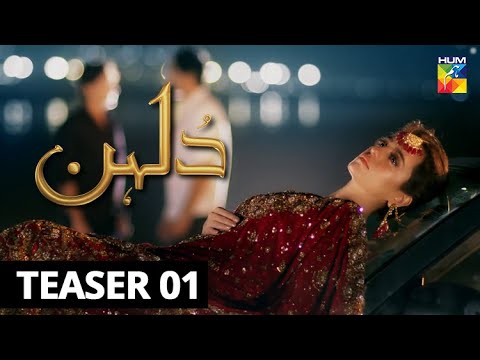