Choti Sarrdaarni is a family drama aired on Colors TV. The wait of the audience has now been ended and the most hyped drama Teaser is out now on all social media platforms. Colors TV’s new upcoming drama serial Choti Sarrdaarni Starring cast by Nimrit Kaur Ahluwalia, Avinesh Rekhi, and Kevina Tak. This drama is directing by Jaladh. K. Sharma, Rajeev Srivastava, and Prabhat Rawat and Written by Ranjeev and Nitu.

Sarab lives happily with Param and Meher. After the third brother of Meher, Ranbir “Ranna” Singh Dhillon, gets married his love, Ginni Bajwa, who is the sister of Rubinder “Robbie” Bajwa, and she also hates the family of Ranna. Meher gets hurt at Ranna’s wedding and Sarab is admitted to the hospital. They figure out that only Meher, or the boy, can be rescued by Sarab. First, Sarab chooses the boy, but then with Kulwant’s advice, he chooses Meher.

Meher and the child are both dead. Yet the doctor puts the infant in the womb of Meher, and both the baby and Meher are alive. Although it is not Sarab’s, Harleen does not like the kid and refuses to offer her blessings. Meher is giving birth to a small baby boy. Harleen and Robbie are planning to shift the mind of Change Param toward the newborn child and his parents by telling him that we love the newborn more often than they love himself.

Drama serial Choti Sarrdaarni is a drama serial of Colors TV Network. Here we are going to share the complete cast & crew, Release Date, Teasers, and Updates.  Nimrit Kaur and Avinesh Rekhi are well-known faces for all viewers. Everyone knows from their working in the Indian television Industry. Viewers can see actors in many dramas and now both are working together on the same project.

The drama will air on Colors TV from Monday to Friday at 10:30 PM. 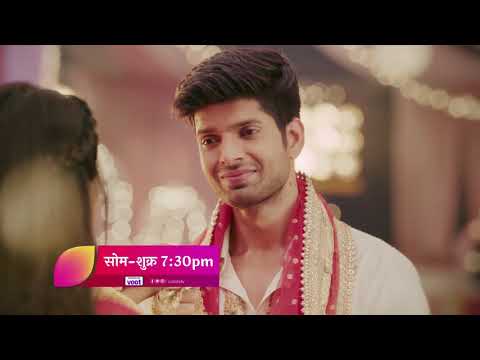