This film follows Khalid (Tiger Shroff), an Indian soldier assigned to eliminate Kabir (Hrithik Roshan), a former soldier. Kabir was Khalid’s mentor and is now a rogue. This leads to war between them.

“Hrithik and Tiger have pushed themselves from the word go for our film to pull off some death-defying stunts. This sequence was perilous but visually so stunning that we went for it,” added the filmmaker. Action director Paul Jennings, who has worked in big Hollywood action spectacles like The Dark Knight starring Christian Bale, San Andreas starring Dwayne Johnson, Jack Reacher starring Tom Cruise, and Game of Thrones among others, has designed this jaw-dropping sequence on ice.

Principal photography for the film began in the second week of September 2018 and concluded in March 2019. Initially titled Fighters, the title was changed after the release of the official teaser in July 2019. Its music was composed by Vishal–Shekhar, with lyrics written by Kumaar, and released under the banner YRF Music.

Made on a budget of ₹170 crores, War was released worldwide in conventional, 4DX, and MX4D cinemas on 2 October 2019, coinciding with Gandhi Jayanti. Released simultaneously in Tamil and Telugu languages, the film received mostly positive reviews from critics, with praise for Roshan and Shroff’s performances as well as the action sequences, but criticism for the writing. War set the record for the highest-opening day collection made by a Bollywood film in India. With a worldwide gross of over ₹475 crores, the film emerged as a huge box office success and the highest-grossing Indian film of 2019. 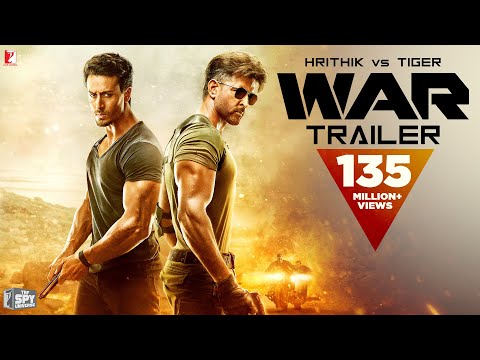