Association with the 1993 Bombay Blasting, relationship with his father, comeback in the industry, the eventual drop of charges from Bombay blasts, and release after completing his jail term.

In a conversation with Hirani, Dutt shared anecdotes from his life, which the former found intriguing and prompted him to make a film based on Dutt’s life. It is title Sanju after the nickname Dutt’s mother Nargis used to call him.

Principal photography began in January 2017 and is completing by January 2018. Rohan-Rohan and Vikram Montrose composed the film’s score, with A. R. Rahman as a guest composer.

Sanju was released worldwide on 29 June 2018. It received positive reviews from critics, who praised Kapoor’s performance and Hirani’s direction; some criticized its supposed image-cleansing of its protagonist. 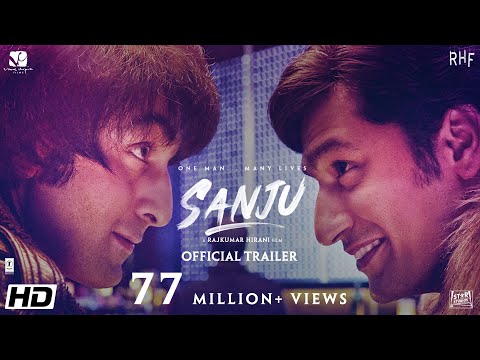